If you use drugs like marijuana, which is legalized in some states but remains illegal to use in others, it’s important to make sure you stay safe and avoid bringing it into a state where marijuana checkpoints could lead you to get in trouble with the law. Whether you keep your stash of weed home, or you choose another route that allows you to avoid going through the state in question altogether, keeping track of checkpoints in certain states can help you avoid jail time and stay safe overall.

The Law in Colorado and the Surrounding States

As more and more states are legalizing marijuana for recreational use, a lot of people are beginning to buy more marijuana and various THC-based products. The problem is that not everyone is cautious enough, and the gray areas of the law are actually more problematic than one might believe.

First of all, it’s important to note that you can legally own 1 ounce of THC in Colorado, but locals can only purchase as much as 28 grams in one transaction, while the restriction for tourists visiting the state of Colorado is 7 grams per transaction.

Now, the law isn’t specific about details such as how you can calculate the concentration of the drug in certain products, or what a “single transaction” means, for that matter. But it is clear that only people over the age of 21 are allowed to own any type of cannabis-based product for recreational purposes. 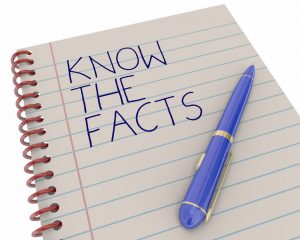 When visiting Colorado with the intent of visiting Pueblo dispensaries and purchasing anything from the plant itself, to cannabis-based concentrates and edibles, you have to look out for Colorado drug checkpoints. These checkpoints will test to see the amount of marijuana you possess, and since they are often placed at the border between Colorado and other states, being caught with any trace of marijuana with the intent of exiting the state is punishable by the full extent of the law.

The problem with Colorado is that, even though the state itself has lifted its past restrictions associated with the ownership of marijuana, its neighboring states haven’t. So, even if you’re from Nevada – another state where recreational marijuana is currently legal – you can’t drive from Colorado to Nevada with cannabis products on you, since you’d have to go through Utah, which is a state where possessing marijuana is not legal.

This basically means that Colorado has marijuana checkpoints on all of its borders, so trying to exit the state while in possession of the drug will not end well. If you have some marijuana that you purchased in Colorado, make sure it’s no longer with you before going through one of these checkpoints. Failing to do so could leave you facing severe charges, and it might even cost you your freedom.

A dependable drug defense attorney could help you get a solid defense and a good chance to get past your charges, as long as you have a solid case. You’ll find that most of the best drug attorneys in the United States are based in Colorado, and they’ll be more than happy to help you out.