Many men around the globe know the struggle: every night, they have to wake up several times and go to the bathroom. And the constant feeling that their bladder is not empty follows them everywhere. These are the most common symptoms of enlarged prostate.

What Is Enlarged Prostate?

The prostate is a walnut-sized gland located between the bladder and the penis. Its role is to secret a fluid that protects the sperm, increasing its viability and the chances of fertilizing a female egg. Therefore, the prostate has an important role in the sexual and reproductive function in men.

This gland normally has two growth phases. The first phase takes place during puberty, when it doubles in size. The second phase starts after the age of 25, when it starts growing in small increments. It is during this phase that some men may suffer from enlarged prostate.

Who Is Most Likely to Suffer from Enlarged Prostate?

This condition (which is benign, i.e. not caused by cancer) affects most men after the age of 50. It is not a life threatening condition, but it can negatively impact the quality of life. Most doctors prescribe medications to revert the enlarged prostate condition. In more complex cases, the patient may need to have surgery to remove the enlarged prostate. 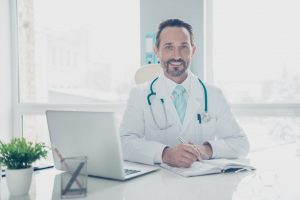 The Most Common Symptoms of Enlarged Prostate

As it grows, the prostate pushes against the urinary tract. It is the effect of pinching a drinking straw between the fingers. The flow of urine is restricted, and this is perceived by men suffering form enlarged prostate as:

These are unpleasant symptoms, which affect both self-esteem and the quality of sleep. This is why it is important to seek medical advice for the best treatment for enlarged prostate if you experience one of several of these symptoms.

The Causes of Enlarged Prostate

So far, specialists have not managed to pinpoint clear causes of prostate enlargement. However, they know two clear facts. One is that older men are most likely to suffer from it. The other is that men whose testicles were removed before puberty do not suffer from enlarged prostate.

Therefore, various researchers suggest that the factors that influence the growth of the prostate are connected both to advancing in age and the function of testicles to secrete male hormones.

Starting with puberty men start secreting testosterone (the male hormone) and a small quantity of estrogen (the female hormone). Over the year, the secretion of testosterone decreases, while the estrogen stays at the same levels. It is believed that the increased proportion of estrogen causes prostate cells to multiply.

Other causes of enlarged prostate observed by healthcare practitioners are:

The conclusion is that you may not be able to prevent the onset of enlarged prostate, but with a healthy lifestyle and following medical advice you can greatly improve your quality of life in your golden years.