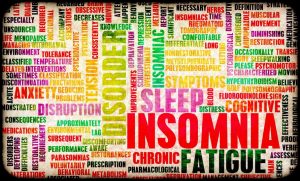 Are you having trouble sleeping? In this day and age, with all the technology that surround us, the chaotic lifestyle choices we elect to live through and the toxins in the foods we elect to eat, it’s no wonder that insomnia is pretty high on the list among the most problematic and prevalent mild disorders that humanity is facing these days. However, even though they’re common, it can be a good idea to explore the reason why sleep disorders might set in. Sometimes the illnesses that represent the underlying cause can be a lot more serious than we might imagine.

Breathing problems associated with various respiratory disorders or allergies can be a definite source of the problem when you can’t sleep properly. When circadian related issues occur that are linked to the muscles around your airways, it’s easy for you to feel constricted and to feel like something is making your airways shrink and causing you an increased difficulty when it comes to breathing. Additionally, shortness of breath caused by bronchitis, emphysema, the use of various steroids or medical drugs, or the onset of gradual heart failure can be associated with sleep apnea and shortness of breath as well.

You might already know about the fact that musculoskeletal disorders are frequently associated with sleep problems. Having a simple magnesium deficiency can often lead to muscle pain and spasms that will keep you up at night. However, some muscoskeletal issues can’t be treated as easily as by taking a magnesium supplement pill. Sometimes, frequent steroid treatments or fibromyalgia caused by the onset of early arthritis can also lead to insomnia, which makes for a good point in favor of why you should consider seeing your doctor for if you suffer from virtually any kind of problem that adversely affects your sleeping patterns.

Impaired kidney function and advanced stages of kidney disease alike are often associated with sleepless nights caused by restless leg syndrome and similar problems. As the kidneys become unable to filter toxins from the blood as efficiently as they did when they were healthy, or keep electrolytes in balance, insomnia often becomes a debilitating side effect of the disease, forcing many patients to result to sleeping pills and other less desirable methods to try and get some shuteye. What baffles most medical insomnia treatment experts and researchers, however, is that even once the kidney heals or is replaced, sleep function often never fully returns to normal.

The Onset of Nocturia

Finally, a frequent need to urinate during the night – known as a disorder called Nocturia – will often lead to people having problems sleeping, as even milder cases will urge the patient to get up at least once or twice every night in order to urinate. Nocturia can be caused by a number of serious disorders, including heart failure, diabetes, liver failure, an enlarged prostate or sleep apnea – especially in the case of older adults. So, if you find yourself suffering from Nocturia over a longer period of time, it might be important to see your doctor as soon as possible. In some cases, it might simply be a result of excessive fluid intake or of taking certain medication right after dinner. However, there is also a risk that you could be suffering from one of the disorders mentioned above.